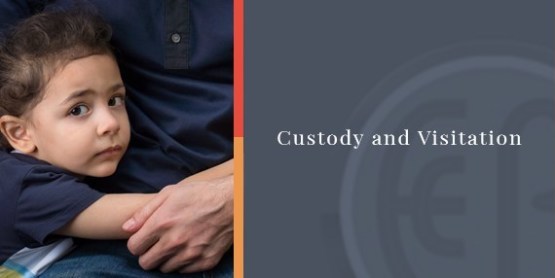 CUSTODY, VISITATION AND SUPPORT IN LOUISIANA

Visitation or even custody cannot be denied because child support hasn’t been paid or is behind. If you are not being allowed to have or even see your child, you need a lawyer to seek visitation or custody. The other parent will probably then seek a specific amount of child support from you.

Visitation or even custody cannot be denied because child support hasn’t been paid or is behind. If you are not being allowed to have or even see your child, you need a lawyer to seek visitation or custody. The other parent will probably then seek a specific amount of child support from you.

You know that your kids come first but the other parent doesn’t seem to play by the same rules. Your child should not be exposed to drugs, alcoholism, other addictive behavior, sexually inappropriate behavior, violence, mental illness and should not be denied the necessities of life: housing, food, clothing, an education or medical care.

Visitation and custody will be based on the best interest of the child including moral fitness, encouraging a good relationship with the other parent, financial fitness, mental and physical health, religious upbringing, who has taken care of the child up to this point, the child’s preference, the distance between where the parents live, the history of where the child has lived and gone to school, the attachments the child has developed to half-sisters and brothers and grandparents. If there is no Judgment of custody from a court, it is not kidnapping for either parent to have the child and the police will not force either parent to give the child back or give the child to you for visitation. You will need a private attorney.

If custody and visitation have already been established, and either you or the other parent is moving out-of-state or more than 75 miles away, the current arrangement is just not going to work. Whether you are the parent staying or leaving, there are procedures that need to be taken if either parent is attempting to relocate the children. If those steps are not followed, it could result in the custodial parent losing custody. You need an experienced attorney to take you through those steps.

Sometimes parents are not able to take care of children due to mental illness, substance abuse, incarceration, lack of moral fitness, death, or disability. Grandparents, aunts and uncles may have to step in to seek custody. Louisiana law allows you to seek custody of your grandchildren, nephews and nieces.

Parents in the military have unique issues of child support, custody and visitation. Deployment may necessitate at least a temporary change in custody. Judges may not be familiar with the Service Members Civil Relief Act. Your family is entitled to visitation in your absence if you ask the court for it before you are deployed. You need an attorney familiar with representing parents in military service.

"I would like to thank your firm for everything you’ve done to help me keep 50/50 custody of my son. I came to you on very short notice but you knew exactly how to handle my case and I couldn’t be happier. I’m sure I will be working with you again in the future."
Ryan
"After retaining two lawyers who made no progress, I retained Ellen Cronin Badeaux. Yesterday was our first hearing together and it was a major success. Ellen was professional, diligent, and a fighter...I am very glad I found her and will refer her to others without a doubt."
Lyndsey
"Ms. Badeaux has been an excellent family attorney for us. Her time and personal commitment have allowed us to make informed decisions. We have had to trust her with very delicate and emotional issues and she has guided us to excellent outcomes. I will always appreciate the exceptional service she provides our family with. I have always liked the statement, "you get what you pay for"; and Mrs. Badeaux has been well worth it."
Patricia
"Extremely knowledgeable and aggressive attorney. She has been our attorney for nearly 10 years. I highly recommend her for any family court matters."
Mary
"I have used Ms. Badeaux as my attorney off and on for 15 years. She has settled everything without a fuss; including a personal injury suit, an estate settlement and the quick setup of a partnership. I will continue to use her as my attorney and happily recommend her to friends & family."
Jean
"No one thought I could win but with her valuable service and exceptional legal knowledge, I did! I got my kids back and they're still with me today. I highly recommend Ellen Badeaux. I would not have my kids today if not for her!"
Tammi

"Hey Ellen, I truly appreciate you sitting through today’s hearing. I know that you didn’t have to and it meant more than you’ll ever know. Thank you. I don’t have very much money anymore but I am going to do everything I can to get this bill paid so that I can have representation. Thank you once again for me being such an incredible woman. It’s rare and noted. Have an amazing night and a Happy Valentines Day. Thank you. YG"
Jay Green